According to Abraham Maslow, an American psychologist, human needs influence our motivation in life and behaviour toward others. In Maslow’s hierarchy of needs, people can only move forward once each need has been met. The pyramid consists of physiological needs, safety needs, love and belonging, esteem, and self-actualisation.If you happen to have food on your plate at lunch or dinner, you are one of the lucky people who have fulfilled their basic daily needs. The reality is some parts of the world are hungry. Hunger is more than just due to urban poverty; some factors affect the food supply. And these factors become a threat to food security in Singapore as well.

At the bottom of the pyramid is physiological needs composed of food, water, shelter, rest, health, and reproduction. The sad part is that more and more people, especially the vulnerable groups in the community, are already failing to satisfy basic needs due to threats tofood security in Singapore.

What Are The Looming Threats To Food Security?

Food security is the “people’s physical, social, and economic access to nutritious food that meets their food preferences and dietary needs,” according to the United Nations’ Committee on World Food Security.

For ordinary people, food security is simply the ability of the person or group of people to provide food to satisfy personal or other people’s needs.

Yet some things hinder a person’s access to food and ability to provide food. These things not only do affect the people under the Singapore poverty line but also the people above it.

Here are the threats to food security in Singapore:

It is the same crisis the world is facing. The ability of food producers to cultivate agricultural crops and livestock cannot keep up with the demand of the rapidly growing population.

When the population grows, food consumption also increases. But the problem is the cultivated agricultural land does not. Livestock and marine life populations shrink, and the reserve for clean water reduces.

This scenario will create a massive shortage if food production falls behind the growing population. Much worse, the vulnerable groups in the communityget the more serious impact of disproportionate food distribution.

Climate change is normal. The ending of the ice age during the Pleistocene Epoch is due to the alteration of the Earth’s orbit, triggering climate change.

Excessive burning of fossil fuels and deforestation are only a few of countless culprits behind Earth’s increasing temperature. How does climate change affect food security in Singapore?

Firstly, natural calamities that destroy crops and livestock, such as typhoons, hurricanes, and drought, have become harsher and more frequent in the last years.

Thirdly, the increasing temperature of our oceans forces marine life to move to colder seas. It also means that fisherfolks have to sail much further to catch fish. The destruction of marine biodiversity also affects the population of marine life.

The food price increases when there is a food shortage, and the most affected are people in urban poverty. 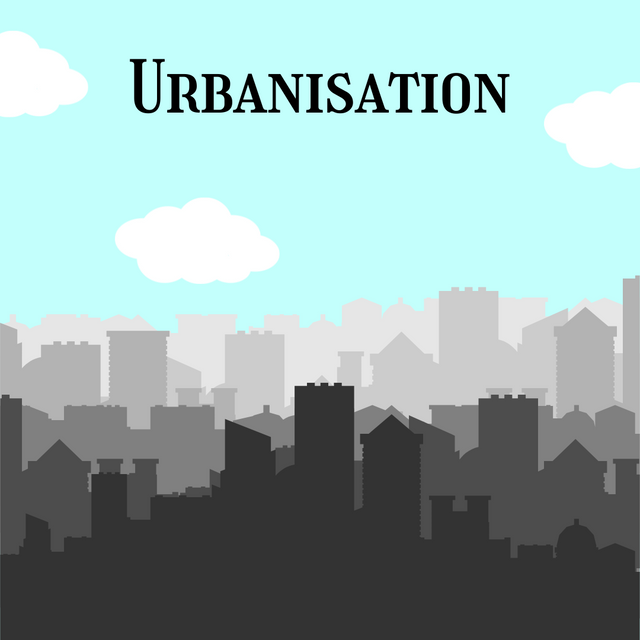 Urbanisation is a symbol of progress for many. Sprouting metropolises means the economy is thriving. However, there is also a downside to urbanisation.

Conversion of agricultural lands to cities reduces the ability of the community to produce its food. Most importantly,urban poverty is highly concentrated in the metropolis. Many vacant lots have also been converted to landfills.

It can be a problem in the future since many agricultural lands today are not as productive as before due to overuse of fertilisers, depletion of nutrients, and soil erosion.

Additionally, cities have become the top priority for fresh water in many countries. It results in limited irrigation to agricultural lands.

Soil and water pollution are also byproducts of urbanisation in many countries with weak policies regarding waste management.

People’s diet also dictates the demand for certain agricultural products. For example, western diets are mostly meat-based, whereas oriental diets rely on crops and produce, such as grains and vegetables. How does diet affectfood security in Singapore?

The western lifestyle influence has become a turning point for many countries to adapt their diet. The world’s fascination with meat-based food, such as burgers, sausages, and steak, has affected the increasing demand for livestock. You also have to consider the growing population in the west.

Additionally, rice farmers can’t keep up with the growing demand for grains in many countries due to land conversion, environmental changes, and infertile land, which significantly reduces their harvests.

If a farmer decides not to plant crops and convert agricultural land for another purpose, a food loss occurs. Food loss happens when there is a reduction in food supply due to the decision of food suppliers.

If a baker bakes ten trays of bread and can sell eight trays, the remaining two trays will be food waste if they choose to dispose of them instead of consuming them.

It will be a threat to food security in Singapore if their primary crop suppliers decide to close down. There could be a shortage of crops in the market.

Moreover, food waste has environmental impacts and societal costs. Countries must reduce their food loss and waste to mitigate its effects on the people below the Singapore poverty line.

Aggressive and long term action will beat these threats to food security in Singapore. There should be a collective effort among the government, food producers, and consumers to stabilise food security.

The Best of You

The Benefits of Payroll Software

Why You Need to Take Spider and Varicose Veins Seriously