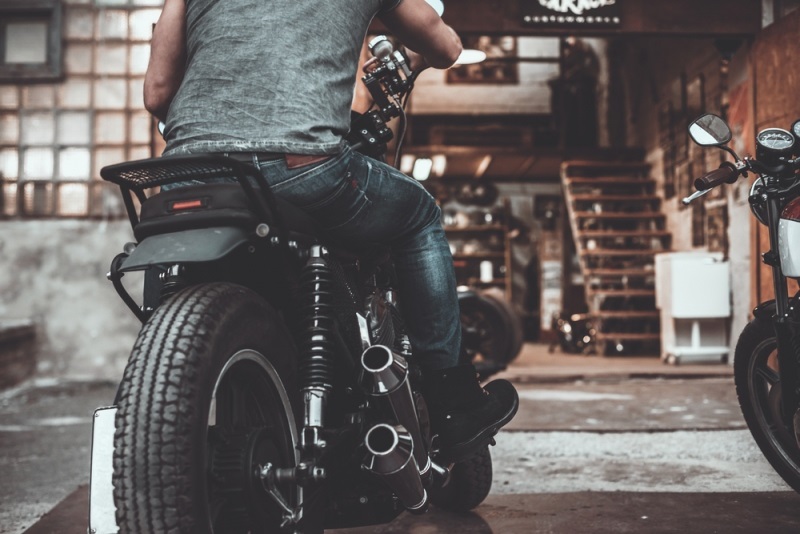 Nothing can beat the convenience of commuting to places with a bike as it can easily beat the traffic and can pass with cool aplomb through the narrow lanes of the Indian roads. Given its ease of navigation, it is one of the most popular vehicles on the Indian roads. Simultaneously, it is also most vulnerable to road accidents and thefts.

Bikes and other two-wheelers are no longer a cheap vehicle today. In India, you have exclusive rackets and markets running to steal these two-wheelers and make money out of them. In case your two-wheeler is stolen; it is almost impossible to trace it as it is immediately dismantled and its parts sold away.

Looking from your perspective, the only way you can keep yourself mentally safe and financially secure is by getting an insurance policy that covers your bike for theft. Here we would throw insights on it and walk through the entire steps of filing a claim for bike theft.

You do not get this cover under third-party insurance which is mandatory by law for your two-wheeler. But your bike gets financially covered against Theft with Comprehensive Bike Insurance. Under this policy and by following the right procedure, the insurance company will pay you the monetary value of the bike as stated in the policy. Usually, it is the Insured Declared Value (IDV) of the bike.

For those who had opted for the zero-depreciation cover for their bike, will get the actual amount of the bike that is given in your purchase invoice.

Steps for Filing a Claim for a Stolen Bike

A bike is the easiest vehicle to be stolen. It can easily be stolen from any parking lot, your garage and many other places. In case if your bike is missing from the place where you parked it; you need to first verify if it has been towed away by the Traffic police for violating any traffic laws. Once you are confirmed that your bike has indeed been stolen, then follow the below-mentioned steps for filing a claim.

As soon as you are confirmed of your bike theft, you must immediately lodge a complain about your stolen bike at the nearest police station. Always remember to get a copy of the FIR (First Information Report) sheet and keep several copies that would prove handy for use. This step is mandatory and if not followed, would certainly get your claim rejected.

The next step is to inform your insurance company about bike theft. You must always call their helpline and know of the entire steps of filing the claim. Get all your queries resolved so that you follow the claim procedure to the tee. Keep your policy paper handy here as you would be asked for details like your policy number, registration number, details of your vehicle, etc.

This step also must be done at the earliest after filing an FIR. This is because most insurance companies have their method of looking into the claim. Many assign a Claims Inspector to investigate the matter. You must always cooperate to the fullest with them and answer all of their queries with complete honesty.

Many insurance companies work hand in hand with the police to try to trace and recover your bike. Thus, its best to get them in the loop at the earliest.

The next step is to inform the RTO or Regional Transport Office about bike theft. When purchasing the bike, you must always register your vehicle with them. You need to inform them via an official letter mentioning all the necessary details. Once your letter has been received by them and all formalities conducted; they will give you the required transfer papers that are vital for getting your claim approved.

Once the above-mentioned formalities are completed, you need to submit the form for the claim procedure to be initiated with the insurance company. Along with the claim form, you must submit the following documents for a hassle-free claim settlement.

Along with all the documents, you must also hand over the bike’s keys to the insurer. The step is done by the insurers to confirm that you do have the keys and not left it in the bike that led to it being stolen.

Post your FIR, the police try to trace your bike. If it fails to trace it within 30 days, it issues a Non-Traceable Certificate to you. The insurance company will only begin the claim process once this certificate has been submitted to them.

Next, you will need to submit a letter of subrogation to your insurer via which you would be transferring your ownership rights to them. This implies that if your bike gets recovered after the claim, it would be the property of the insurer.

Once all formalities have been completed, the insurance company would process your claim and give you the settlement amount according to the terms and conditions of the policy.

The steps to claiming for a stolen bike is simple and straightforward. It is bliss in case of unfortunate incidents like theft.

How Can I Stage My Home To Sell Faster?

Gallstones: What are the risk factors?

Why You Need to Take Spider and Varicose Veins Seriously